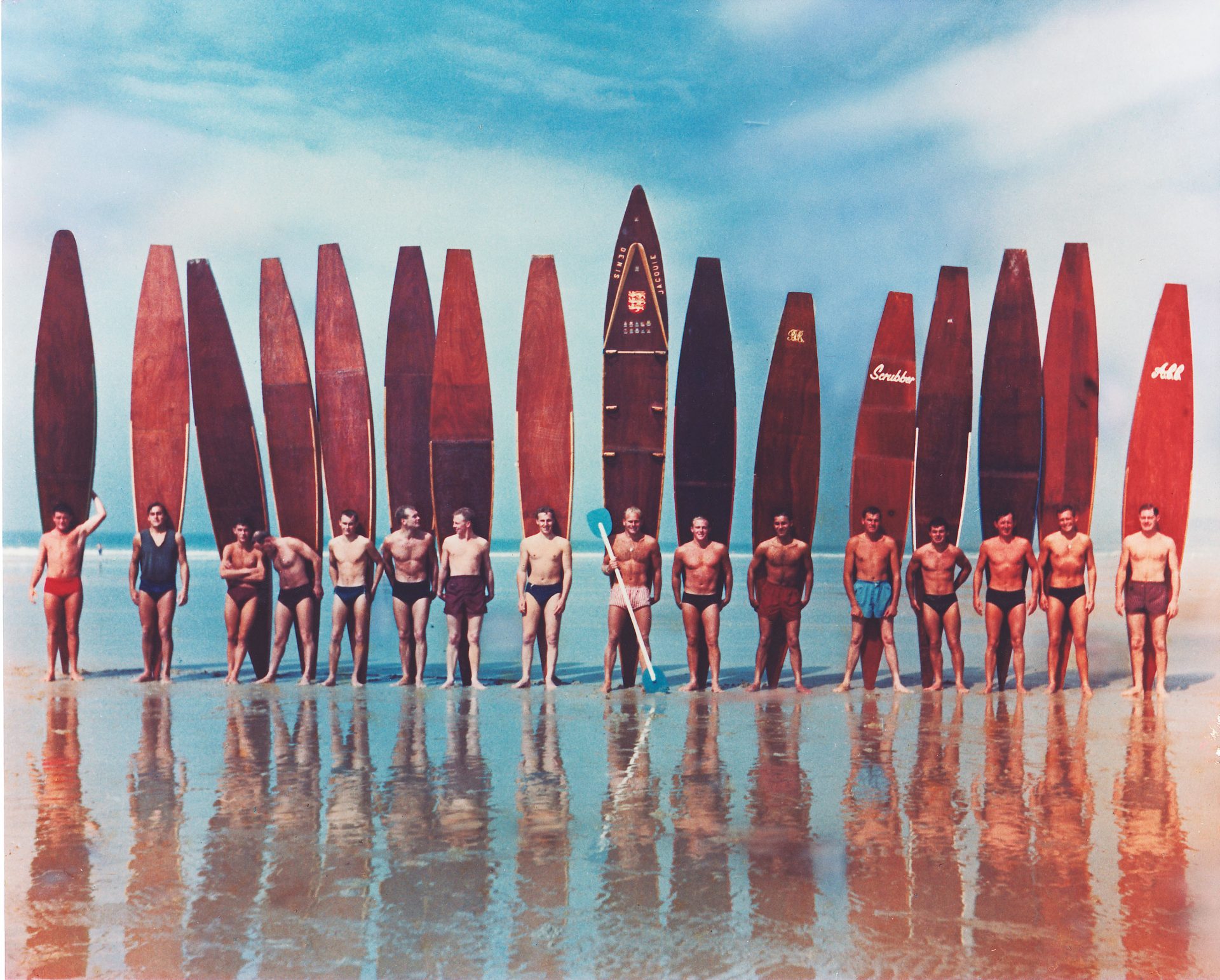 I’m watching people come and go on the dusty streets of Kuta, Lombok, an island in Indonesia. The foreigners I see through the coffee shop window come from dozens of countries, yet as they walk through the streets and hop on their motorbikes it’s clear that about 80% of them are all cut from the same cloth.

I sip my coffee and wonder about the deep similarities that would let anyone pick these people out of a lineup. They don’t talk to one another or really acknowledge each other much, yet it’s clear they are of a type. But why? It’s not just that they are all here on this relatively untrodden island. It’s not just that they all appear deeply tanned and sun-kissed either. The other 20% of the tourists I see look like that too and they’re not of this group. What I’m seeing is a nebulous similarity to their energy, their movements, their vibe. If you got closer you’d see that many of the mannerisms, dress, and speech patterns were shared too.

But you don’t have to get that close to know. These Kuta tourists are all very obviously surfers.

There is something about the commonality of surfing that touches all of its participants. It is as if the “mere” pursuit of waves is a single act that births a kinship that then helps define an overarching, robust culture that extends far beyond the shoreline. To surf is to become part of a tribe.

In Indonesia you could see the surf tribe not just across tourists but across the dozens of local surfers too. Within a relatively conservative Muslim Island culture, the local surfers were easy to pick out. Often (but not always) sporting long-flowing hair and a carefree vibe, they peddled surf lessons, caught waves, and chilled in bars side-by-side with the Western surfers in a barrier-lowering way missing in many other Indonesian-foreigner interactions. It seemed to me that this was because surfing was the primary identity asserting similarity ahead of so many other potential differences.

So surfers are often similar to one another. That’s not exactly a profound realization. Why does it matter?

Tribes are Pervasive Parts of Your Life, Choose Them With Care

For at least a few hot sunny days Mica and I joined the surfing tribe. We caught waves, wiped out, shared stories with fellow surfers on the beach, and spoke the same lingo over drinks afterwards. As a result we found ourselves meeting more people, more quickly than in other parts of our travel. We belonged, regardless of our respective skill, because we were committed to the same things.

The surfing tribe of Lombok was a very obvious, overt tribe which we willingly immersed ourselves in.

But not all tribes are as obvious.

In fact, chances are that you, like me, underestimate how many tribes you are a part of and more importantly, how big an impact these groups have on your life.

Some tribes are large: your religion or country for example. Others are smaller—your company, your group of regular yoga practioners, people with the same passion for your sport or activity, your family.

And the list matters because the tribes you belong to shape you in ways big and small.

Think about the common saying that you are the average of the five people closest to you. The theory is that you spend time with these people and therefore pick up their habits. So are they driven? Obsessed with the same things you are? Pushing you in directions that align with who you are or who you want to become?

Great. This is a positive tribe.

Unless you are really lucky, however, this positive tribe is something you have to build consciously and put effort into maintaining. More commonly, you will default into certain social or tribal structures based on proximity and exposure. That’s too haphazard to be optimal.

Another thing to be aware of when it comes to your tribes is how these social structures inherently work. Tribal identity is about belonging, and belonging is about your consistency in meeting expectations.

But what if you need or want to change something?

Anytime you embark on change, your effort will inherently introduce an element of uncertainty into the tribal structure. And uncertainty increases risk. Thus the group will perceive your desire to change as a threat to its structure and its natural instinct will be to resist. In other words, unless explicitly built around concepts of growth, the groups you belong to are naturally and automatically status quo protecting. You already belong, and they want you to stay the same. This attitude isn’t usually conscious and it rarely stems from anything malicious. It’s simply a group reflection of risk aversion.

What this means for you is that anytime you commit to change you will need to ensure you have sufficient energy behind your effort in order to achieve escape velocity. But you don’t need to do this alone. You can counter-balance one tribe’s pull by finding another to push you. Which takes me to the next point.

You belong to a ton of tribes. But that doesn’t mean each is equally important or that their relative importance is static.

The degree a given tribe matters at any time is in fact highly variable. Author Simon Sinek captures this well in talking about how and when your nationality matters:

“I live in New York, but if somebody comes up to me [in New York] and says, “I’m from New York too, we should be friends,” I’m like, “You’re weird.” But if I’m standing in Paris, where I don’t feel like I belong, and I hear an American accent on the Paris Metro, I’m going to walk up and say, “Where are you guys from? You’re from Alabama? I’m from New York!” And we’re going to be friends because neither of us feels like we belong. Simply hearing an accent, or knowing that these people have a common sense of what we stand for and the experiences we’ve had, creates a sense of camaraderie amongst us in this world in which we don’t feel like we belong.”

That sense of belonging can be a powerful service provided by a tribe. But it can also hold you back or come to define you in ways you are not expecting.

Take the recent and well-publicized ouster of the founder and ex-CEO of Away, a startup valued at over a billion dollars. For years this company abused its underpaid customer experience associates by requiring them to work holidays, not take paid time off, and giving them ridiculous “career” advice in the form of long diatribes on Slack that were really nothing more than bullying sessions designed to make them feel inadequate. Yet despite the persistent bullying these young adults kept slaving away for this thankless company.

When asked why they persisted in this toxic culture two themes emerged. First, they found the company’s public mission aspirational and wanted to be a part of creating something bigger than themselves. Second, they had developed a kinship amongst one another that caused them to engage in extreme self-sacrifice in order to protect each other.

In a vacuum both of these themes are aspirational and positive. Yet in this case they failed the individuals that believed in them because the overarching framework of the tribe was flawed. You see this type of tribe before individual exploitation all the time. The construction of a myth or cause that is worth fighting for is step 1. This is followed by reinforcing that only the in group can achieve this mission, and often and most perniciously the commitment to the cause is cemented by the construction of an “other” that threatens the group.

The bottom line is that you must choose your tribes with care and continue to question them throughout your association.

But what if you feel like what you lack is a tribe at all?

Connection is Never Far Away

The positive power of tribes also comes from how pervasive they are. As Seth Godin writes, a tribe needs only two things: a shared interest and a way to communicate. You have both of these things with many people. Thus you are already part of many tribes, and this is true no matter how disconnected or alienated you might feel from others.

By paying attention to your surroundings and your world you can consciously create a community and build it into a tribe. To do this start with the obvious: the people who are already in your life.