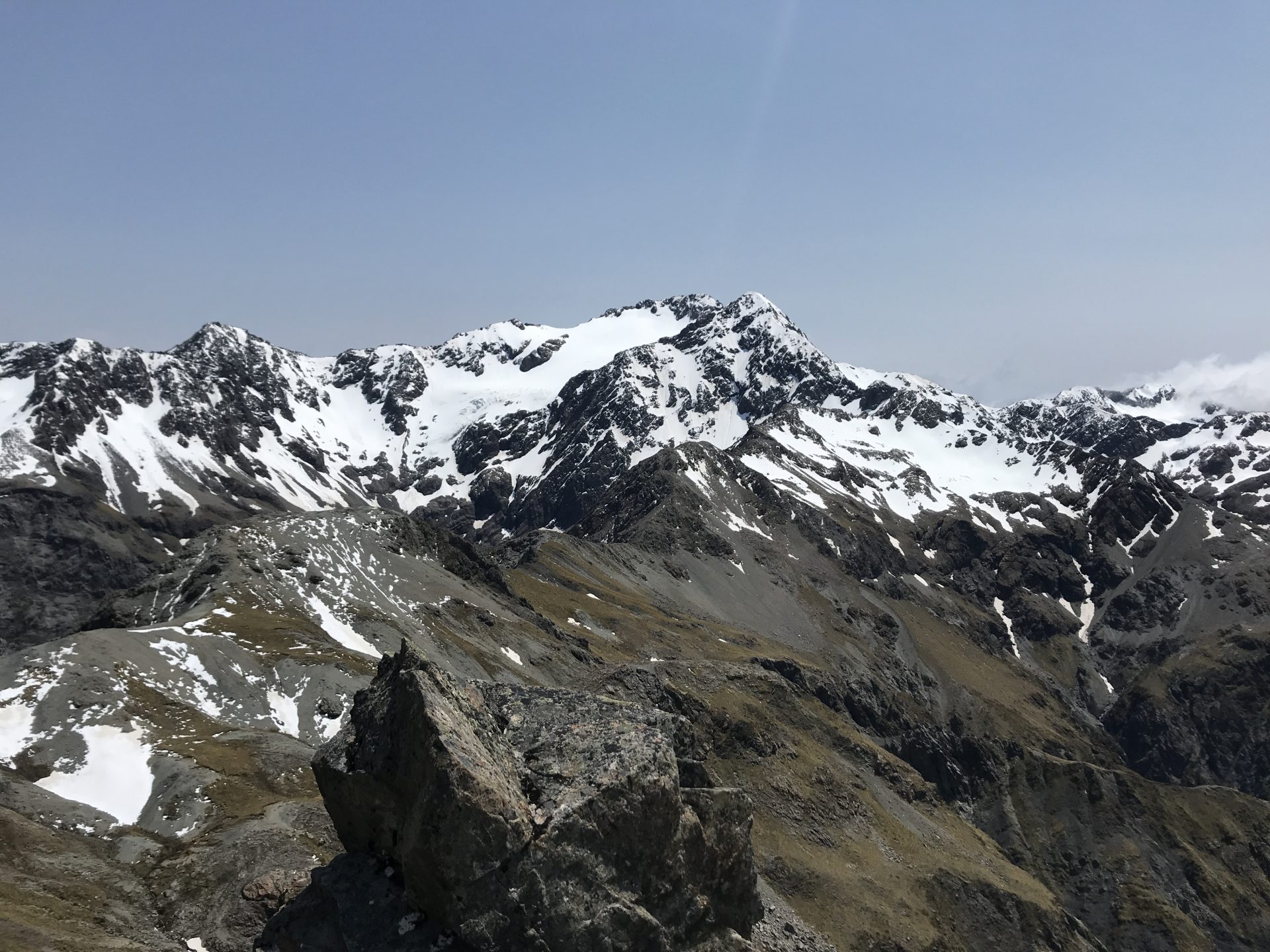 I have to admit, that in reading about New Zealand’s tramping and in staring at the map of the South Island Arthur’s Pass National Park remained a bit of an anomaly. Truthfully it appears awkwardly wedged between Nelson Lakes to the North, Aorokai/Mount Cook National Park to the South, and the Franz Josef Glacier region to the Southwest. Car campsites seemed unappealing here, and access to the park is limited to a single solitary road running East-West (this road is one of only two traversing the Alps).

The result of all this is that to visit the park you are either driving an hour and half in and returning the way you came or choosing to transverse the entire South Island. Neither option is ideal on a North-South road trip, and the park feels a bit forgotten to many foreign trampers.

Still this is New Zealand and Arthur’s pass is a national park after all. We knew the odds were good that we’d have views from rugged Alpine peaks if we decided to go. So we did. And we were NOT disappointed with our day-hike of aptly named Avalanche Peak.

Avalanche Peak sits at 1,833 meters, requiring a 5-8 hour round trip continuous climb of over 1,100 meters from the road. The last section on the ridge of the mountain itself is highly exposed to wind and has a few areas requiring caution on scree and exposed rock.

The reward for reaching the summit is commanding, even epic, views South towards the peaks of Murchison, Rolleston, and numerous others.

We started our hike on a windswept day in the valley, with gusts reaching over 40 kilometers per hour. But the sun was shining and the visibility promised to be good so off we went.

There are two routes up to to the peak: Scotts Route and the Avalanche Peak Track.

If you are completing a loop it is recommended that you ascend the Avalanche Trail and descend Scotts. As the wind was intense, however, we followed the DOC recommendation to do an out and back on Scott’s track. While this advice was likely overly cautious, this track is supposed to have more consistent and better views the entire way vs. the slightly shorter, steeper, and more exposed Avalanche Trail. Whether that’s true or not, we loved the actual trail we were on.

Scotts route begins by crossing the highway and immediately going up a well-graded ascent, switch-backing past a lovely mountain stream. This is the only water on the route and it comes early so it is recommended to bring 2-3 liters up there with you.

As you ascend the mountain beech/tawhairaurik forest changes rapidly around you. Before too long you hit your first views out across the valley to the Devils Punch Bowl, a waterfall which is still impressive from quite a distance.

Another 20 minutes up from these first views the Arthur’s Pass Valley open up as you emerge above the bush-line. From this point on the views just keep getting better and better.

As the trail turns up more directly to the first exposed ridge-line the entire right-hand side of the view is dominated by Mt. Rolleston, which commands it’s own separate ridge, complete with Crow Glacier and the neighboring-but-forever-longing peaks of Lancelot and Guinevere.

At this point, probably 2/3rds of the way up the ascent you ascend a wide grassy/scree ridge with good views and lunch spots to the start of a much steeper, rockier, longer, and more exposed section to the intersection of the Avalanche trail and then shortly after to the summit of Avalanche Peak itself.

From here the route winds back and forth as it seeks to climb both sides of the narrow ridge (it is clearly posted). It’s not too bad in and of itself, although there’s a sketchy step or two, but the 40-50 kilometer wind gusts made us thankful to each have a hiking pole. At one point, Mica definitely felt herself slightly lifted off the rock!

Before long you hit the Avalanche Peak Trail coming in from the left, and moments later you are atop the gravely summit with some pretty remarkable views (including the endangered-but-somehow-ubiquitous-on-popular-summit Kea parrots). There’s a small area to the East of the summit that offers respite from the prevailing wind directions, but this was taken by two Dutch ladies and their American partners. That plus the inability to eat lunch with the Keas nearby caused us not too linger too long but instead to descend 15 minutes to a calmer lunch spot.

The descent back down Scotts was relatively uneventful, with the same views shepherding us home. One nice stop to soak our feet near the bottom and we were done with a 5 hour out-and-back hike that we will treasure for a long time to come.